I disagree myself, but I’m not a High Court Judge, so my view doesn’t count.

For me, you extend something that currently exists, and if it no longer exists then you are applying for a new one not extending it.  You can extend the Victoria line, but you can’t extend Atlantis High Street.  You can extend Wayne Rooney’s contract at Manchester United, but you can’t extend Cristiano Ronaldo’s contract at Manchester United.  The word means ‘to add to something to make it bigger or longer’  or rather, it means that in plain English, but it doesn’t in law.

Anyway, I’m wrong about that, because the High Court has ruled on it.  If you let your Supervision Order lapse and no longer have one, you can still make an application to extend it.

A Local Authority v D and Others 2016

So I am of the clear view, following the line taken by the President in Re X [2014] EWHC 3135, which was concerned with the seemingly unextendable term of six months referred to in s.51(1)(c) of the Human Fertilisation and Embryology Act 2008, that that should be read down in a way which is consistent with the interests of children as well as human rights. So following that line I reach the clear conclusion that I do and, in so doing, I am conscious that I am making a decision at variance with the obiter dictum of Lord Justice Thorpe in the decision of T v Wakefield Metropolitan District Council [2008] EWCA Civ 199, where, at para.20, he, in giving his guidance, was clearly of the view (although the point that I have to decide had not been argued before him in any depth) that the application for extension in fact had to be not only issued before the expiration of a current order but heard before the expiration of a current order. I have to say that I do not agree with that approach in the slightest.

(I am with Thorpe LJ on this, but as I’ve said, my view doesn’t matter a jot. Words now mean exactly what Judges choose that they mean neither more nor less, a la Humpty Dumpty. Apologies to those who have ever practised law in Birmingham, for whom the Humpty Dumpty metaphor might well bring about an episode of Post-Traumatic Stress, if they have had the ‘treatment’ ) 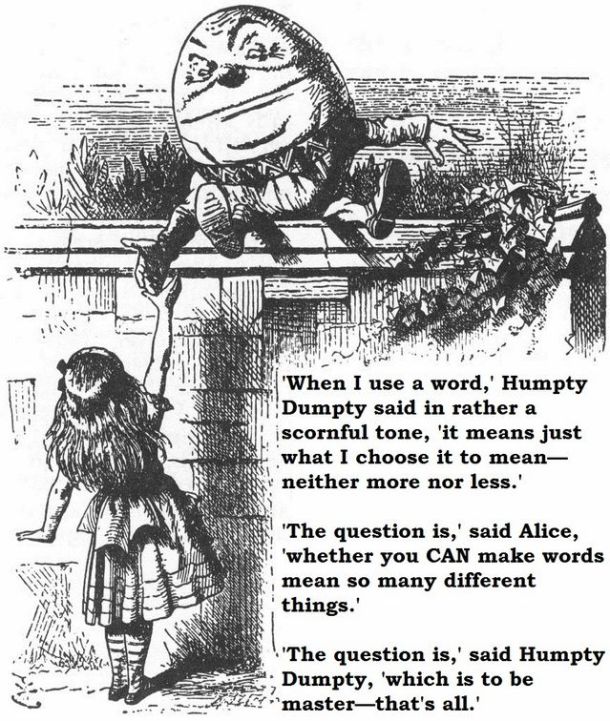 I’m also grumpy because Mostyn J uses the same magic trick that the President used when he ‘interpreted’ s54(3) of the HFEA 2008 “the applicants must apply for the order during the period of 6 months beginning with the day on which the child is born.”  to mean that they didn’t. Presumably rewriting the word ‘must’ in the statute to mean ‘can, but it’s not like they HAVE to, or anything’  and I didn’t like that decision either.

In the normal run of events, not much is going to turn on whether a Local Authority who want a new Supervision Order after the first one ran out have to apply for a fresh Supervision Order (though they have to reprove threshold there) or extend it (where they DON’T have to reprove threshold, the existence of the previous one is sufficient).  It saves the LA a few quid in the issue fee, the Order gets made or doesn’t get made, no big deal.

Although if a Local Authority obtain a Supervision Order on a 1 year old, and that lapses when the child is 2, Mostyn J’s decision here means that the LA CAN apply to extend that Supervision Order when the child is 11.  And they won’t have to demonstrate that threshold is proven, because you don’t need to do that for an extension. If they made a FRESH application, 10 years after the original threshold was found, they’d have to prove that threshold was met – they could point to the 10 year old threshold, but it wouldn’t be determinative.  Of course, the LA in EITHER scenario might have a hard job persuading the Court of the NEED for an order…