This judgment is an appeal, where nobody involved comes out of it well.  There were moments when reading it where it was SO awkward that I felt each individual vertebrae try to leave my body so that they could stop dealing with the level of “awkward! warning awkward!” nerve signals that they were sending hither and thither.

Let us begin by saying that I don’t know ANY of the individuals concerned in the case, and I think in the interests of fairness it is best to read this whole thing on the basis that everyone involved on that day was just having one of those bad days and that succession of individual bad days cascaded and collided into a day so bad that it almost reads as though the Court had been the subject of some form of hallucinogenic gas attack.

In very broad terms, this was a private law case, in which father was asking for contact with his 13 year old daughter T – with the sadly too familiar backdrop of a long history of Court dispute and litigation.

A psychologist, Mr Clowry, had been instructed to assess the child. The child had decided not to participate in the assessment. It is fair to say that nobody was enamoured of the report prepared (though it is obviously tricky to do a psychological assessment of a child if you don’t get to meet them).

Those of you who go to Court will be aware that the proceedings are tape recorded. Sometimes if the case is appealed, a transcript of the tape recording is made for the appeal Court. That’s what happened here, so these exchanges are exactly what was said in Court.  Prepare to cringe, and also prepare to have anxiety nightmares over the next few days of everything you’ve ever said in Court. 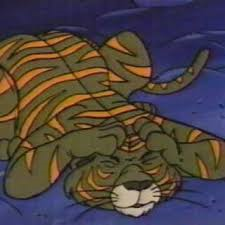 His Honour Judge Scarratt: And so District Judge Abigail Smith’s diary emptied yesterday and I’m afraid this happens. Cases are moved about. Not ideal but as it happens I have finished my five applications and given judgment so I’m, I’m now free to deal this but you’ve really got limited time because I have to be at a meeting at 4 o’clock. I’ve got bundles here, I’ve not looked at them –

His Honour Judge Scarratt: I mean I’m just going to go on what I know about the case and well I gather Brendan Clowry’s report was a nonsense so Judge Abigail Smith tells me.

Miss Cooper: Certainly the District Judge was not impressed.

His Honour Judge Scarratt: Yes, well I, I’ve, I have looked at that, eating my sandwich at lunch.

Miss Cooper: Well it, it is right to say –

His Honour Judge Scarratt: I’m putting it to one side and I doubt whether he’ll get paid.

His Honour Judge Scarratt: So where are we now, that being the case.

Miss Cooper: You Honour, we are at the following bit of the case. What he had done was he had interviewed my client and my client and the mother had paid him quite a lot of money. The mother, I don’t know if you’ve seen, I did a further very short position statement, could I just briefly hand that up because I did it last night once the report had come —

His Honour Judge Scarratt: I mean at the end of the day your client’s got to accept that [T] has had enough. There’s a very poignant note to Mr Gaye, a very experienced Guardian, and last, I don’t think you were here last time.

Miss Cooper: No, I wasn’t your honour.

His Honour Judge Scarratt: No. Well can I tell you and this is the benefit of having me, judicial continuity.

His Honour Judge Scarratt: That really last time, the application made by the Guardian being repeated today was made last time, but I felt your client should have a chance and that Clowry, who has now thoroughly blotted his copy book, I shan’t be having him again in these Courts, your, and, and I gave the chance for this to happen, but it’s not happened but, but at the end of the day I’ve got a 13 and a half year old girl there who’s saying actually, let’s have the contact, let’s have the drinks and the teas and the lunches or whatever, which have gone on. This is not a case where there’s no contact. So I think it can be finished quite, I think your client’s got to accept that contact should continue as organised between the parents. Does he agree that?

Miss Cooper: No, Your Honour.

His Honour Judge Scarratt: Well, I’m not having a final hearing with this little girl dragged in now. Have you read the letter from her?”

The conclusion of the Appeal Court is, perhaps, surprising though.

And yes, I did contemplate “premature adjudication” as the title of this post, but there’s no way I’m typing THAT into Google Images.

The Guardian also gets a rebuke (which might ordinarily be stinging, but in the face of everything else going on in the case is mild) for promising the child that the next hearing would be the last one, which was of course outside of her control and a promise which should not have been made.

MacDonald J is critical of some drafting, in the order authorising the instruction of an expert – where the wording is reminiscent of ‘mission statements’  in that nobody could ever actually believe in or support the opposite

Now the expert.   We remember that the Judge had said he’d gone off piste and his report was nonsense… well, he had been asked to attend, so the Judge got him in.  Oh God, this is hard reading.

His Honour Judge Scarratt: Well to be fair that’s exactly what the Guardian has done in a response, in a, in an email response. He has encouraged her, really, really encouraged her to go.

Mr Clowry: But, I would tend to see situations like that Your Honour not in terms of black and white. Sometimes in a preliminary meeting a child who has never seen psychologist or social worker might, perhaps if I saw the child with the mother, feel then on the basis of evidence having met the person reasonably inclined to continue. If the child is caught up in a very powerful adversarial situation there’s a high probability the child is going to reflect certain of the adult attitudes and opinions. If the child were enabled to meet the psychologist whether it be me or anybody else the child might then be prepared to reconsider. I don’t know, I don’t know the child.

His Honour Judge Scarratt: So you could, you could have a plan of work available by the end of next week could you?

His Honour Judge Scarratt: Provided the mother and [T] saw you in the week?

MacDonald J, hearing the appeal was very critical of the way counsel had dealt with their submissions. My mental picture is of a Chimps Tea party, where the tea was laced with PCP, re-enacting an episode of Jeremy Kyle, but that may be too harsh.   Like I said earlier, anyone can have a bad day, and this is best chalked off as just being one of those rather than be taken as being representative of how anyone involved generally conducts litigation.

The appeal was allowed, and sent back for rehearing.