Your Honour, I am afraid that I have not done a position statement, but may I just hand this up? 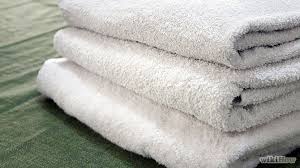 I think this summarises our position

I thought of that gag this morning, and kudos to Cobb J for giving me the opportunity to deploy it.

When a High Court Judge asks why you haven’t filed and served a position statement, don’t do THIS

(a) an up to date case summary of the background to the hearing confined to those matters which are relevant to the hearing and the management of the case and limited, if practicable, to four A4 pages;

(b) a statement of the issue or issues to be determined (1) at that hearing and (2) at the final hearing;

(c) a position statement by each party including a summary of the order or directions sought by that party (1) at that hearing and (2) at the final hearing;

(d) an up to date chronology, if it is a final hearing or if the summary under (i) is insufficient;

(f) a list of essential reading for that hearing; and

Each of the preliminary documents shall be as short and succinct as possible and shall state on the front page immediately below the heading the date when it was prepared and the date of the hearing for which it was prepared. Where proceedings relating to a child are being heard by magistrates the summary of the background shall be prepared in anonymised form, omitting the names and identifying information of every person referred to other than the parties’ legal representatives, and stating the number of pages contained in the bundle. Identifying information can be contained in all other preliminary documents

The preliminary documents shall be lodged with the court no later than 11 am on the day before the hearing and, where the hearing is before a judge of the High Court and the name of the judge is known, shall (with the exception of the authorities, which are to be lodged in hard copy and not sent by email) at the same time be sent by email to the judge’s clerk

Sadly, this is once again one of those cases where poor planning and preparation had led to massive delays for the children,  and unfairness in the process, and once again, the misuse of section 20 played a part

i) At the time of the final hearing, the children have been in foster care for 93 weeks awaiting a decision about them;ii) The children were accommodated under section 20 of the Children Act 1989 (“CA 1989”) from July 2013 until March 2015, when interim care orders were made (under section 38 of the CA 1989) at the Issues Resolution Hearing;

iii) The ‘letter before proceedings’ (prepared pursuant to PD12A FPR 2010) was sent to the parents in January 2013, 73 weeks before the proceedings were ultimately issued (July 2014);

v) The mother has significant learning disability; she has an assessed IQ of 61. She is assessed to lack capacity to litigate in these proceedings. There is a significant question whether she ever had capacity to consent to the accommodation of her children (it is said, per Dr. Thorpe, consultant psychiatrist, that “she did not appear to understand the reasons why her children had been placed in foster care”), and whether, in the circumstances, the children were for the extended period referred to above lawfully accommodated;

vi) On any of the outcomes proposed for the children, they will have to be separated; as indicated above, the family placement on offer is for the two older children only. The Local Authority does not contemplate an adoptive placement for all three siblings together;

vii) The youngest child has spent more than half his life waiting for a decision about his long-term future, which is, and has been for some time, essentially undisputed;

viii) The Children’s Guardian and Local Authority propose radically different outcomes for the older children. The Social Worker and the parties were only made aware of the final recommendation of the Guardian on the first morning of the hearing.

ix) The maternal aunt, who wishes to care for the children, suffers a serious and debilitating eye condition; it is identified and briefly described in the independent social work assessment of her capacity to care for the children. The aunt’s lawyers did not apparently explore the implications of this condition before the hearing began. The extent of her significant visual disability was astonishingly only revealed at the conclusion of her oral evidence, and only when I asked to describe it (she had obviously been struggling to read from the documents presented to her while giving evidence); this led to a short adjournment during the hearing to obtain necessary expert medical evidence;

x) In a case which generates a range of possible outcomes, and in which some of the key parties have vacillated about their preferences during the proceedings, none of the respondent advocates had prepared position statements prior to the final hearing (I exonerate Ms Moulder as she stepped in on day 2 of the final hearing to replace counsel who had unavoidably had to relinquish the brief at short notice, and for entirely legitimate reasons), leaving me, when reading into the case, to speculate about their final preferred outcomes;

xi) There was no attempt by the Local Authority to provide one pared-down trial bundle of the relevant material; I was provided with four lever arch files; no reading list and no reading time.

I think that we are really close to the judiciary making human rights compensation orders in these cases – these children had on that reading been unlawfully accommodated for around 21 months, as the mother did not have capacity to consent to such accommodation.

Even more wretched than that, is that when the case was finally litigated, the Judge concluded that two of the children should be placed with a family member, their aunt. That could have been done much much earlier, and the children spent more time in care than was necessary. That’s a tragedy.

The judicial analysis and approach is excellent, and the judgment as a whole is worth reading.

Lest you think the whole thing is critical, the Judge was more than willing to lavish praise on those who deserved it.

Comments Off on Your Honour, I am afraid that I have not done a position statement, but may I just hand this up?