Building Redbridge to your heart

And you might remember that the case hadn’t finished there –  MacDonald J had effectively put the Local Authority in special measures, with them having to write to him each and every week to say if the case was still on track to an adjourned final hearing.  So this is the judgment from the final hearing, and if Redbridge’s bruises were healing up, they just got some new ones. 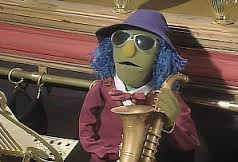 No, it’s not Honey G out of X-Factor

The final hearing was conducted by Mr Justice Moor, and he opened with this King Punch

Awful situation.  When I look at the history of litigation set out by the Judge though, I see SEVEN different Judges have dealt with substantive matters where issues were contested and determined, and who knows how many others have done directions hearing.  What price judicial continuity? The Courts have to look at themselves for some of this. The case could not have got up to 148 weeks if the Courts weren’t granting extensions, and though many of them were due to faults from the parties, there was still a failure to properly grip the case right up until Mr Justice MacDonald’s fearsome judgment.

Having said that, it was still quite astonishing that a case with the history of this one (two appeals, case falling apart at final hearing, the LA within a short space of time going from a plan of no order, to Supervision Order to Care Order to Care Order and removal) that the LA got to the final hearing with a social worker who seemed very nice, but for whom this was their second ever case in Court.  It also wasn’t ideal that his first ever interaction with the mother was one where he had to tell her that the LA care plan was adoption.

The Judge did make some criticisms of the LA (though compared to the  withering and blistering MacDonald J judgment, these criticisms must have almost felt like praise)

Very sadly, and despite an independent social worker lobbying very hard on her behalf, the Court concluded that the mother was not able to care for her child and the Care Order and Placement Orders were made.  Her representatives asked the Court to make human rights declarations but the Court declined to do so.  (I have seen reported cases with far less failings than this one which ended up with HRA declarations and claims, but of course, I didn’t hear or see the evidence)

But why the picture of the muppet earlier?

Well, part of the evidence involved whether the mother had been smoking cannabis, and one word rather leapt off the page at me when I was reading it

Urban dictionary confirms that ‘zoot’ as we would take from the context, is indeed a joint or a spliff, and as the first time it appears in the judgment it is in quotes, it must be the term that mother herself used

It is right that the Mother continued to smoke one “zoot” of cannabis every evening after E. had gone to bed.

We’ve all rightly praised Mr Justice Peter Jackson for his judgment where he wrote directly for the children, using language that they would follow. So we should also commend this Judge for using the language that the mother herself was using.  And after all, joint and spliff are both slang words  (and if the Judge had said ‘reefer’ it would have seemed very dated.  So I think it is a good thing.  I just wonder how it sounded, coming from a High Court Judge.

If you do wonder what it is like when someone wearing a tie is talking very street language, you might be glad to know that Chicken Connoisseur has dropped a new review.   (And yes, I’ve been wanting an excuse to crowbar in a reference to the Pengest Munch. Enjoy.   The burger was not peng at all, it was just hench)