RSS Feed
← Habeas corpus
Nothing else will do – In which Nails are placed in coffins, and heads of pins are danced upon →

Who you gonna call? Myth-busters

There’s been quite a lot of publicity about Martin Narey’s Myth-Busting document on adoption, following the recent adoption statistics taking a hit – something that any one who had been reading the case law in the last 18 months had seen coming a country mile away.

Apparently that’s all just a misunderstanding by dopey Local Authority social workers and lawyers, and it is all our fault.   The Court of Appeal overturning case after case last summer had nothing to do with it.
[Tim Loughton, the former Children’s Minister instead says that the problems are due to Judges sulking about legal aid cuts and slowing things down deliberately. At least, according to the Telegraph he said that. http://www.telegraph.co.uk/news/politics/11224155/Judges-resentment-toward-Government-adding-to-adoption-slump-ex-minister-warns.html ]

The national Adoption Leadership Board, Family Justice Board, and the Department for Education have heard regularly that these changes are a response to a number of high profile court judgments on care and adoption order cases, notably Re B and Re B-S. Some of this feedback suggests a degree of misinterpretation of these judgments. This appears to have resulted in inaccurate assumptions being made about the judgments which, in reality, do not alter the legal basis for the making of care and placement orders.

The document discusses the two recent cases from October, where the Court of Appeal distanced themselves from a literal interpretation of “nothing else will do” – explaining in Ben Goldacre’s phrase “I think you’ll find its a little more complicated than that”

If the Myth-Busting document were confining itself to commentary that the deluge of appeals last summer were something of a blip and we have settled down from a strictly literal interpretation of Baroness Hale’s “nothing else will do” phrase to something rather more nuanced, then I’d be fine with it.  Or even “rumours of the death of adoption have been greatly exagerrated”

Though frankly, no matter how senior the senior QC, I’d prefer to hear the Court of Appeal say “just ignore BS, it changes nothing” than to take it from a document with no legal status or weight.

I don’t care for the implication that Re B and Re B-S weren’t a shift in emphasis and culture – that’s to completely ignore just about everything that Hale and Neuberger said about the nature of adoption in Re B, to ignore the ECHR in Y v UK when they said this :-

“family ties may only be severed in very exceptional circumstances and … everything must be done to preserve personal relations and, where appropriate, to ‘rebuild’ the family. It is not enough to show that a child could be placed in a more beneficial environment for his upbringing.”

“a process which acknowledges that long-term public care, and in particular adoption contrary to the will of a parent, is ‘the most draconian option’, yet does not engage with the very detail of that option which renders it ‘draconian’ cannot be a full or effective process of evaluation. Since the phrase was first coined some years ago, judges now routinely make reference to the ‘draconian’ nature of permanent separation of parent and child and they frequently do so in the context of reference to ‘proportionality’. Such descriptions are, of course, appropriate and correct, but there is a danger that these phrases may inadvertently become little more than formulaic judicial window-dressing if they are not backed up with a substantive consideration of what lies behind them and the impact of that on the individual child’s welfare in the particular case before the court. If there was any doubt about the importance of avoiding that danger, such doubt has been firmly swept away by the very clear emphasis in Re B on the duty of the court actively to evaluate proportionality in every case.”

If you think that has had no alteration on the legal basis for the making of Placement Orders, then I’m afraid we’ll have to disagree.  Does it change the tests in the Act? No, absolutely not. But as the Supreme Court made plain in Re B, proportionality is now a key ingredient in assessing such decisions.  And the interpretation of the word ‘requires’ in the Adoption and Children Act 2002  is now inextricably bound up with proportionality and article 8.  And the move away from linear judgments (whereby adoption ended up looking like the best option simply because all the others had been ruled out before the Court thought about adoption at all) from Re G is unquestionably an alteration to the legal basis for the making of Placement Orders.

If instead you mean – the combination of all that law should not mean that children who ought to have been adopted in 2012 shouldn’t be adopted now – the law is about making professionals and Judges work much harder on clarity of thought and reasoning, I wouldn’t entirely disagree  (I think that’s Baker J’s take, and I rate Baker J very highly).  I think there’s a very important debate to be had about whether Hale and the Court of Appeal wanted adoption to be harder to get for children, or harder to get for PROFESSIONALS.

But whether the “bar” has been raised or not, the legal basis has certainly changed – a judgment that would have passed muster in 2012 would not today.

And I completely agree with the document on Myth 4

MYTH 4 – because it is a “last resort” planning for adoption must wait
23. Local authorities should plan at the earliest possible stage for the possibility of adoption where it seems possible that other options – such as reunification with family, or care by family or friends – might not prove a realistic course of action

That does not mean pre-empting any decision. Nor does it remove the need to provide expert, high quality, evidence-based assessments of all realistic options to the court – which is essential in every case. But planning ahead is necessary to avoid delay and allows for a more timely process in achieving the right outcome for the child.
Absolutely right. I fully agree.  One out of five Myths successfully Busted. The others, rather less so.

I had a long long diatribe, but I’m going to confine myself just to Myth Five.

MYTH 5 – the 26 week rule applies to placement orders
24. Under the law as it came into force on 22 April 2014, any application for a care order or a supervision order must be completed within 26 weeks (unless the court is satisfied that delay is necessary, in which case a court may grant an extension). Placement order applications are not subject to the 26 week time limit. However, if the case is one in which the care plan is for adoption, if it is possible to complete the placement order application within the 26 week time limit, then that is likely to be in the best interests of the child, as we know that delay damages children.
If one takes each individual word, it seems true and accurate. But it doesn’t actually represent reality. The suggestion here is that Placement Order applications are free of the 26 week shackles, though it is good to get it done in that time if possible. The implication is that you can do Placement Orders in a timescale that is the child’s timescale, free of 26 week confinement.

But the Act and the law are not the same things. They aren’t identical.

So if the Local Authority HAVE to hit a 26 week timetable (really 17 weeks for them, because they have to provide their evidence BEFORE the end of the case to let others respond to it) for their Care Order, then in any case where there’s a PLAN for adoption, then the same timetable applies.

•In care proceedings where the local authority are proposing a care plan with a view to an adoptive placement, the court is likely to be missing important evidence and analysis if the placement order proceedings are considered separately. Furthermore, without the agency decision maker’s decision, any care plan based on an adoptive proposal cannot be carried into effect. It is likely to be inchoate or at least conditional on a decision not yet made and the outcome of which cannot be assumed. I make no criticism of the key social worker or the children’s guardian in this case. Their materials were of high quality but necessarily, without the agency decision maker’s decision, they could not present a full analysis of the factors in section1(4) of the 2002 Act and could do no more than pay lip service to the proposed adoption plan of the local authority and the interference with family life that it would have entailed.

[This case sticks out in my mind because it was Ryder LJ giving the lead judgment and I wholly agreed with it. That gave it a veneer of uniqueness that makes it easy to recall]

And of course, we are seeing right now with Re D that having a stand-alone Placement Order application (which is the practical import of Myth number 5 if we believe what Narey’s document is telling us) leads to the parents being unrepresented for the most draconian order that can be made. Article 6 anyone?

Myth 5 is not correct in any meaningful way – Care and Placement Orders are now inextricably bound up together and so, therefore are their timetables.

When the document says that it is a myth that 26 weeks apply to Placement Orders, that’s just not correct in any meaningful way in the real world. If you want to seek a Placement Order, you’re going to be doing it on a 26 week timetable, or persuading the Court to grant a s32(5) extension of that timetable in accordance with Re S.

I’ll quickly say that when the Myth-Busting document says of Re B-S  The judgment does not make it easier to obtain permission to oppose an application for an adoption order. The test remains the welfare of the child throughout his or her life.

That simply holds no water when you look at the cases – pre B-S no successful leave to oppose, after B-S they are rare but happening.  An adoption order being discharged so that the argument could be re-heard, for example (Re W) On the ground, we’ve gone from leave applications being very unusual to every other adoption application having one.  And reports now of successful leave to oppose cases leading very close to a successful opposition (the High Court saying that it was only due to the exceptional circumstances and facts of the individual case that led to the father’s preference of a Special Guardianship Order not being the final outcome Re N (a child) 2014 http://www.bailii.org/ew/cases/EWFC/HCJ/2014/1491.html I have already indicated that this is an exceptional case. If it were not an exceptional case, I doubt whether an adoption order would have been appropriate )

The major plank of LA opposition to leave to oppose applications pre B-S – the impact on the carers of the application, which usually defeated such applications without more, is now rarely deployed, because Re B-S altered the principle dramatically in highlighting that the child’s welfare is not a short term thing, or even during childhood but is to be extended to consider his or her entire adult life.

So far as Busting is concerned, this is less Peter Venkman and more this dude  (a figment of the imagination) 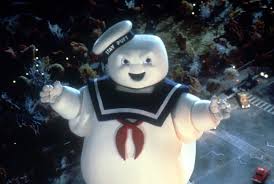 There is no Narey, there is only Zuul

Posted in adoption, children and families act 2014 and tagged adoption, myth 5, myth-busting, placement orders, Re B, Re BS. Bookmark the permalink.

Law geek, local authority care hack, fascinated by words and quirky information; deeply committed to cheesecake and beer.
View all posts by suesspiciousminds »
← Habeas corpus
Nothing else will do – In which Nails are placed in coffins, and heads of pins are danced upon →