RSS Feed
← Adoption – here we go again?
UN Convention on the Rights of the Child →

Mr Justice Bodey, sitting in the High Court dealt with a case involving a 93 year old woman with severe dementia, and had to resolve whether the protective mechanisms that had been put in place by the Local Authority amounted to a deprivation of liberty (or DoLs).  And if so, whether the Court would authorise those.

This might have wider implications, because the Court were being asked specifically about two issues :-

1. The deprivation was in the woman’s own home, rather than in accommodation provided by the State.

2. The woman herself was not objecting to the restrictions, or kicking against them.

Unusually here, it was the LA who were saying to the Court that their actions amounted to a deprivation of liberty, and the family were saying that it wasn’t.

Here’s what the restrictions amounted to:-

This is a good illustration of how unsatisfactory things are at present with DoLs.  On those facts, my gut feeling would be that it ISN’T an article 5 deprivation of libery. BUT, given that if you get this wrong, compensation is payable to the person being deprived of their liberty (and at least one Judge has ordered that that is on a daily rate), would I be sure? Or even fairly sure? I can absolutely see why this LA wanted to make the application and have a Judge decide.

On the two key issues in the case, Bodey J said that both were relevant factors in weighing up whether the restrictions amounted to a deprivation of liberty, but neither of them were determinative (i.e a person CAN be deprived of liberty in their own home and a person CAN be deprived of their liberty even if they seem perfectly happy about it, but whether or not they ARE being deprived of their liberty depends on the facts of the case)

23. ..it is overwhelmingly clear that Mrs L is where she always wanted to be when she was capacitous: and where not only has she not shown or expressed any dissatisfaction with the arrangements, but has demonstrated positively a continuing satisfaction with being in her own home. Further, her home is clearly not a ‘placement’ in the sense of a person being taken or taking herself to some institution or hospital. 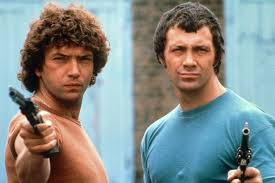 Law geek, local authority care hack, fascinated by words and quirky information; deeply committed to cheesecake and beer.
View all posts by suesspiciousminds »
← Adoption – here we go again?
UN Convention on the Rights of the Child →