Long long time ago, when I was young and full of vinegar, and the other thing, I had a case. Private law proceedings. About twenty minutes into the mother’s evidence, the Judge carefully and deliberately closed his bundle, screwed back the cap on his fountain pen, looked at us and said “We are going to be in Court for five days on this. Is the whole case really going to be about shepherd’s pie?”

So I will reassure the reader now that this whole post is not going to be about shepherd’s pie. But I quite often use shepherd’s pie as an illustrative point when I talk to social workers about ‘good enough’ parenting. 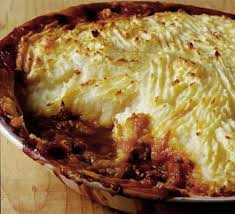 mmmmm. (sorry to any vegetarian reader, but it really is delicious)

We all have a pretty reasonable sense of what threshold criteria is – as a lawyer I have to look at a long chronology, or a semi-rambling email and find the bits that might actually amount to threshold.  Social workers understand threshold criteria and what it looks like. That’s what you need to get the child into care. That’s what decides whether the Court has the legal ability to make an order.

But what do you need to get the child back?  Well, firstly, there’s a misapprehension that once the child is in care, the onus is on the parent to show they’ve changed, to show that they don’t do heroin any more, to show that the ex-boyfriend really is an ex, to show that they can keep on top of the housework.  Remember that the burden is on the Local Authority, not the parent.  That’s not to say that if the concerns in the case are about heroin, that you are going to be fine if you keep taking heroin (because you’re not).

And then, the second misapprehension is about what is being looked for. Everyone hears and knows the expression – good enough.  We’re not looking for perfection, we’re looking for ‘good enough’.

My question, is where are we putting that bar of ‘good enough’ to see if the parent is above it, or below it?  I’ve done this exercise before when training, and we can do it now.

Imagine that you’ve got 1000 children, selected at complete random. How many of them do you think will be receiving care that’s not ‘good enough’ or better ?  Do your answer firstly just on gut. Just what genuinely comes into your head.

But ‘good enough’ care isn’t about the care being comparable to an average child’s experience, or even a below average.  It is about the level of care that would mean that the child was suffering significant harm that wasn’t harm that could be realistically managed.

Looking at the care demand by population statistics, the very highest area in the country, currently Torbay, would be in care proceedings for 2 of those 1000 children. There are a handful that would be nearly 2, but most of them would be 1 or less than 1.  Of a million random children, somewhere between 100 and 230 children would be receiving care that was below good enough.

If you said 1 or 2 out of 1000 as your gut answer, either congratulations, or you are a liar, or you have heard me do this routine before.

So, if you are looking at the care that a child would be likely to receive and thinking about whether it is ‘good enough’,  it doesn’t help to be anchoring your mental picture as being average, or even in the bottom 10%. You are really talking about lining all of the children up in terms of the quality of care that they get, and only the bottom 0.1% would be getting care that wasn’t “good enough”

I’ve worked in many authorities (my current one is not that fixated about it) where the parenting assessments used to feature prominently an attempt to teach the mother how to cook shepherd’s pie from scratch (see, we did get back to it). Go to the shops, buy the ingredients, cook a shepherd’s pie.  It can be quite a nice exercise – it gets the children a nice meal, home cooked and full of good stuff, teaches a parent about planning, budgeting, organising, making time to do something. I can see why people do it.

But line up those 1000 children again – how many of them didn’t get a homemade meal yesterday? Or over the last week?  It can’t be a barometer of ‘good enough’ care, whether someone can cook a shepherd’s pie from scratch.  It is nice, it probably improves the child’s life, but that’s not a test of ‘good enough’ – a parent’s case doesn’t become not ‘good enough’ because they give their kid oven chips and Crispy Pancakes rather than homemade shepherd’s pie.  And if you are wincing at the idea of a child eating that sort of food, ask yourself how you would feel about a child (or an adult) eating Marks and Spencer’s  Chicken Alfredo ready meal, or Tesco’s Finest Boeuf Bourguignon?  It isn’t better, just because it is middle-class. Neither of them are home cooked, both of them are made in ways that you wouldn’t really want to think about.

Of course we want children to eat well. Of course we want a balanced diet with all the food groups, and five a day, and lots of fibre. And of course children who eat crap aren’t going to have such a good quality of life as the ones that do eat well, with parents who make them food from scratch. It just isn’t that relevant in assessing good enough parenting, that’s all.

The other classic meal that we try to teach parents to make from scratch is spaghetti bolognaise.  We’re really into mince in a big way.

It’s quite reminiscent of a 70s childhood, or as Sean Locke puts it in this clip  (terrible quality on the clip, sorry)  – the Seventies were pretty much just a sea of plates of mince in various forms being put in front of him – and he didn’t drink water till he was 15, subsisting on squash  (usually squash that was full of Tartrazine)

The thing about ‘good enough’ care being the test is that it is massively subjective.  Someone – a lawyer, a social worker, a Guardian, a Judge, is thinking about ‘good enough’ care and what they are doing it is comparing the parents care, or how they think the parents care would be, against their own notional idea of what ‘good enough’ care would be like.  If those people don’t even agree on how many of those random 1000 children would be receiving care that wasn’t ‘good enough’ or better, then how do they do the next bit which is imagining what care that is not ‘good enough’ would be like?   And your anchoring of what ‘good enough’ care is like is probably comparing what this child’s home might be like with ones that you know – your home, your home as a child, the home of the friend that you had where you never wanted to stay for dinner…   If you are thinking that this child’s home won’t be as nice as those, even the bad ones, then you have a bar that is too high.

I prefer, to be honest, to use the term ‘barely adequate’ rather than ‘good enough’.  Of course, nobody wants to talk about the outcome for a child of care proceedings being that they go back home for a life that is’barely adequate’ – it feels like we’re letting the child down, like we should have fixed more of the problems, that things ought to be radically improved by the end of care proceedings, not just a smidge better than when we started.  I completely get that. And there’s nothing wrong with aspiring to do those things – there’s absolutely nothing wrong with ending the case with a mum who DOES know how to cook Shepherd’s Pie from scratch. It is just that she doesn’t fail to be ‘good enough’ if she can’t do it.

If we put the bar of ‘good enough’ at home cooked meals from scratch, we’re asking parents to pole vault over that bar, when the reality is that the bar is a really low limbo bar that they just need to step over.  And if you want to know whether the parent is above or below the bar, it really does help to know where that bar is.

The President even distilled it in Re S and T today,

But it is fundamentally important that children are not to be adopted merely because their parenting is less than perfect, indeed, perhaps, only barely adequate. To repeat what was said in Y v United Kingdom (2012) 55 EHRR 33, [2012] 2 FLR 332, para 134, “It is not enough to show that a child could be placed in a more beneficial environment for his upbringing.”

This is a vegetarian shepherd’s pie, to make it up to those poor veg loving readers