Section 20 – keys to open the door, keys to hold the door

This has been nibbling at me for a while, and there isn’t a clear answer, so I wanted to highlight the question.

Under section 20, it is really clear that if either parent with Parental Responsibility OBJECTS to the section 20 then it can’t happen  – at least, not if they are able to provide accommodation for the child or arrange for it to be provided.

[Often that last bit is forgotten about. Of course, they also have the s20(8) power to simply remove the child, but I’m not sure what happens next if they’ve removed the child from s20 but aren’t actually offering the child accommodation themselves or arranging for it elsewhere. Do they just stand on the street with the child?  Note that the objection in s20(7) doesn’t say that the accommodation must be ‘suitable’ or ‘appropriate’ or anything like that. If the LA think that it isn’t, their only remedy is care proceedings, not to say – ‘we’re going to continue s20 because your house is currently underwater/full of broken glass/has a staircase designed by Escher/ is occupied by rabid wolves and is thus not safe for a child’ ]

(a)has parental responsibility for him; and

(b)is willing and able to—

(i)provide accommodation for him; or

(ii)arrange for accommodation to be provided for him,

(8)Any person who has parental responsibility for a child may at any time remove the child from accommodation provided by or on behalf of the local authority under this section.

Now, under the Act itself, a parent giving CONSENT to s20 is not actually a thing. It is just an absence of that objection. But under the developing case-law, particularly the obiter parts of Re N from the Court of Appeal, the President is very clear that s20 should be done by consent, and with that consent in writing.

Now, my question is (and this does actually happen) – where a mother (say) wants some respite care and consents to s20, does the LA need the CONSENT of the father who is indicating that he won’t give it, because he doesn’t want the children to come into care?  On the wording of the Act, UNLESS father is offering a home to the children himself, or arranging other accommodation for him, he can’t actually object to the s20.

But under the case-law, which suggests that you need more than an absence of objection, you need active consent, can he block mother’s respite without offering an alternative, by simply refusing to consent?

Can he spite mum’s respite?

[You can swap mum and dad over, if gender bias is troubling you here – it can and does work the other way too]

Now, if the child is disabled, then the respite is not provided under s20, it is provided as specifically respite care under different legislation and the non-resident parent CAN’T block it. But with a child who is not disabled, the only way the child can have respite care is through s20.

The Act allows a single parent to ask for it, as long as the other parent doesn’t say “I object, the child can stay with me / Auntie Beryl”

Which makes it clear that each person with parental responsibility has a KEY. Either of them can use that KEY to open the lock to any door for an issue where parental consent is required. It is only where an ACT specifically says, this particular door needs TWO KEYS that the consent of both is required.   [Passports, for example. Adoption, for another.]

So on the Act, I don’t think that a non-resident parent can block respite care UNLESS they are offering to care for the child themselves or to arrange for Auntie Beryl to do it.  That’s when s20(7) kicks in.

But from the case-law, there’s a strong suggestion that the consent of everyone with PR is needed before s20 can take place, which does allow a parent to block respite care without coming up with any alternative suggestion.

The Act suggests that one parent can OPEN the door to s20 respite care with one key, their own PR  (and the door can only be held shut if the other parent offers an alternative home for the child and objects under s20)

The case law suggests that one parent can HOLD THE DOOR shut, even though they aren’t able or willing to care for the child themselves or to help out.

I don’t think then, that a non-resident parent can HOLD THE DOOR shut, though I can’t be absolutely certain.

Anyway, much of the imagery in this case was just leading up to this picture. 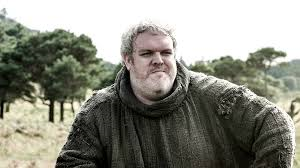 Terrible grit in my eye for some reason. Not actually crying. Just grit. Honest.

Law geek, local authority care hack, fascinated by words and quirky information; deeply committed to cheesecake and beer.
View all posts by suesspiciousminds »
← Bugs, bunny
Snug as a bug in a rug →