RSS Feed
← Words fail me. (But I spend a long time telling you, via words, why) #verywellthenIcontradictmyself
Unlawful killing →

Cross-examining alleged victim without a lawyer

Readers may remember a long-running issue about the fact that in crime, an alleged perpetrator of rape is banned from cross-examining the alleged victim whereas we have ended up in private family law of that being something that is not only not banned but cropping up more and more as an issue, because the Government cut legal aid.  Readers might also remember that following a campaign in the Guardian, the Lord Chancellor at that time declared that legislation would be introduced to fix that problem. The draft legislation was drawn up, and then the Government decided to embark on the Greatest Political Idea of All Time TM, in which in order to increase their working majority, they held an election years early and converted said working majority into a hung Parliament.

I’m afraid that I can’t see the draft legislation now for all of the long grass that it is hiding within. Anyone in the Press want to remind the Government that they promised to fix this mess and haven’t?

Apologies in advance for pedants – the law report uses McKenzie Friend and MacKenzie Friend completely interchangeably and nobody in the Court of Appeal seems to have corrected this.  It should be Mc, NOT Mac.  /Furiously checks document

This is an appeal where the father in a set of private law proceedings was accused of having raped the mother and he denied it. He did not have a lawyer, but did have a McKenzie Friend. Should the McKenzie Friend have been given rights of audience and allowed to cross-examine the mother? 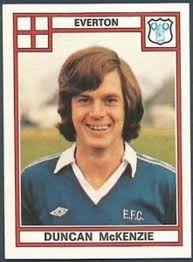 (actually, the sticker should have been one of Duncan’s friends, not Mr McKenzie himself….)

What ended up happening in the case is that the finding of fact hearing never took place, because of the anxieties the Court had about how the mother could be questioned about these events. By the conclusion of the private law proceedings, the children were expressing very strong views about their father

The judgment continues by describing the content of the statement the force of A’s negative opinion of the father that is expressed within it, before recording the judge’s overall opinion that the statement

‘is an extremely distressing read – I am not sure I have seen such a vitriolic condemnation of a parent by a teenager for many a long year.’

The Court of Appeal recognised the vexed issues that this case threw up.

58. Despite these features of the case, I have found it extremely disturbing to have been required to watch this woman cross examined about a period of her life that has been so obviously unhappy and by a man who was the direct cause of her unhappiness. M is articulate, educated and highly motivated to provide a decent life for herself and her son. She was represented at this hearing by leading and junior counsel and was prepared to submit to cross examination by her husband in order that the case could be concluded. She was faced with an invidious choice.

59. Nothing of what I have said above has masked the impact that this ordeal has had on her. She has at times looked both exhausted and extremely distressed. M was desperate to have the case concluded in order that she and A could effect some closure on this period of their lives and leave behind the anxiety of what has been protracted litigation.

60. It is a stain on the reputation of our Family Justice system that a Judge can still not prevent a victim being cross examined by an alleged perpetrator. This may not have been the worst or most extreme example but it serves only to underscore that the process is inherently and profoundly unfair. I would go further it is, in itself, abusive. For my part, I am simply not prepared to hear a case in this way again. I cannot regard it as consistent with my judicial oath and my responsibility to ensure fairness between the parties.’

In deciding whether the Judge was wrong to refuse the McKenzie Friend rights of audience to conduct the cross-examination of the mother, the Court of Appeal decided that he was not

The Court of Appeal did, however, find that the Court was wrong not to have resolved the factual dispute between the parties at a finding of fact hearing.  The appeal succeeded on that basis.

However, it was a pyrrhic victory, because the Court of Appeal ruled that because the children were still of the same strong views about contact as they had been 18 months earlier they saw no prospect of father re-establishing any contact (the children were now 16 and 11) and did not order a re-hearing.

Law geek, local authority care hack, fascinated by words and quirky information; deeply committed to cheesecake and beer.
View all posts by suesspiciousminds »
← Words fail me. (But I spend a long time telling you, via words, why) #verywellthenIcontradictmyself
Unlawful killing →