Settlement Conferences are a new idea in English (and Welsh) family law, though they have been used in other jurisidictions, including Northern Ireland. The thinking is rather like the Financial Dispute Resolution in ancillary relief – you get all of the evidence together, the parties go in front of a Judge who will NOT be hearing any contested hearing and together as a group they try to see if there is a way of agreeing the case that everyone can live with. If they really can’t agree, everything discussed at that hearing is locked away and isn’t used by anyone at the final hearing which will be before an entirely different Judge and all they will know is that agreement wasn’t reached (they won’t be told what the first Judge suggested or indicated, or who gave ground and who didn’t, or what the sticking points were)

The idea is to settle the case by agreement, instead of having the stressful, time-consuming and (for the State/taxpayer) expensive final hearing.

In a money case, that’s always a live possibility – since going to a final hearing costs each side money (even if they are legally aided, their legal costs have to be paid back at some point out of the money they recover) and you know, money has loads of different ways of being divided and some of those ways can result in each side getting something they are happy with.  In a Children Act case where the social work plan is adoption and the parents want the child home, there’s rather less room for compromise – it’s not easy to come up with a way where everyone leaves happy. So it can feel a bit more like a Settlement Conference is one side being told that they are LIKELY to lose at final hearing and to give up.

Sarah Philimore sums it all up very well here

Guidance from the Ministry of Justice about ‘Settlement Conferences’

The Association of Lawyers for Children have published guidance to their members and it is strong, punchy stuff

Care and adoption proceedings are a grave interference in family life by a public authority. They can have consequences for several generations.
We believe the scheme may be in breach of the ECHR Article 6 and 8 rights of both parents and children.
The right of individuals to communicate privately with their legal representatives is a cornerstone of access to justice.
The right to professional advocacy is wholly undermined if lawyers are expected to remain silent.
A child cannot have a fair hearing if his parents have not.

5…. The essential difference between a conventional IRH and the settlement conference lies in the judge seeking directly to persuade the parties to agree
with his or her view of the likely outcome , and expecting the parent or other parties to speak directly to the judge, without the protection of professional
advocacy and legally privileged advice.
6. The judge taking the settlement conference will not be the allocated judge,and therefore the scheme undermines judicial continuity, which has been a central
aim of the family justice system for many years. The settlement conference judge will not have the depth of knowledge and nuance of the case and may
therefore arrive at the wrong conclusion about the merits.
Apart from the issue of further delay, there is a risk, particularly in the smaller court centres, that the judge who deemed the case suitable for a settlement conference will
communicate their disappointment to the trial judge if the conference fails to produce a settlement.
7.Lawyers are to be present at settlement conferences, but they are discouraged from speaking, and therefore their presence provides only a semblance
of legal representation and due process.
The judge may ask a question directly of the lay client which the lawyer objects to, but the client may answer before the objection
can be made. The judge may attempt to restrict the lawyer’s interventions as an undermining of the process.
The passive presence of lawyers will not best serve the parents’ or child’s interests, but will serve to make appeals from “consent” decisions more difficult
to launch. We believe it will be very difficult if not impossible for our members to discharge their overriding professional duty to
promote the interests of their clients in such an environment.
8.The parents in care cases are usually vulnerable and disadvantaged individuals, a disproportionate number of who have learning disabilities and mental
health problems. They find it difficult to articulate their experiences and present their views effectively in a court room setting. They are inevitably under considerable
emotional stress when attending court about their children. Being directly addressed by the judge and expected to reply is likely to be experienced by the
parent as a form of pressure to make concessions, no matter how tactful and skilled the judge may be. The scheme is intended to produce settlement by
bypassing lawyers and using the judge’s authority and personality toproduce concessions. If it were not, it is difficult to see why the settlement
conference should produce a better rate of settlement than a properly conducted IRH.
9.The scheme will seriously undermine public confidence in the fairness and transparency of judicial decision-making in the family courts.Public confidence in the
“secret” family justice system is shaky.
Final decisions for the permanent removal of children from their parents made “by consent”, without parents having the benefit of legal representation and
privileged advice, will be highly suspect.
This will further damage public trust in family justice.
It would be fair to say that there are still some kinks to work out. Shame that there wasn’t a consultation and dialogue before launch of the pilot to let these issues be ventilated. Whilst the pilot only covers a few local authorities, these are real families and real children who are undergoing a pilot scheme to make these life-changing decisions in a way that is critiqued as savagely as this.
Perhaps the pilots should cease whilst the MOJ get round a table with the ALC to discuss things.
I’d say the ALC response is a takedown that Brock Lesnar would be proud of.
Who is Brock Lesnar?
Only The Beast Incarnate, that’s who. 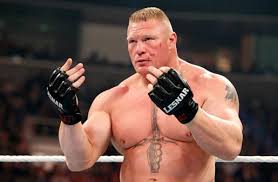 Law geek, local authority care hack, fascinated by words and quirky information; deeply committed to cheesecake and beer.
View all posts by suesspiciousminds »
← Judgment on Reporting Restriction on the Butler/Gray case
Plugging away →