Police disclosure and the LA role in care proceedings

This is a case where the High Court were looking into what had caused the death of X, an 8 day old baby, and what that might mean for where Z her 22 month old sister would live. Understandably, there was a police investigation into the death of X running in tandem to the care proceedings, and the police had a lot of material within their possession. Various court orders were made for the disclosure of police material, which ended up coming into the possession of the parties to the care proceedings in dribs and drabs, and every batch of documentation alerted them to the presence of more material.

I’m afraid that if you are a Local Authority lawyer, this case is about to place a lot of additional responsibilities on you. Sorry for that. You may want to nip out and buy a packet of chocolate Hobnobs to nibble on during the post, because you will need some comfort and calories.

This judgment, of Knowles J, considered the representations made by the Local Authority and the police about how this had emerged and what could be learned for the future.  I think its a beautiful judgment, and it captures a lot of important issues.

For example, this is the best summary of the fundamental problem in police disclosure that I’ve seen

Simply put, disclosure is requested by those who don’t know what there is from those who don’t know what is needed. Thus, the parties to family proceedings don’t know what material is held by the police and so draft orders as widely as possible, imposing a significant burden on police disclosure officers. Conversely, the police have a poor understanding of the wide evidential canvas upon which the family court makes decisions and inevitably view the question of relevance through the narrow prism of criminal proceedings. In good faith the police provide what they think the family court needs but the reality is that they are ill placed to judge. 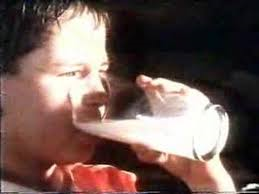 And that’s why we end up with orders asking for ALL MATERIAL held by the police, and why the system grinds to a halt. We don’t know what they HAVE, and they don’t know what we WANT

There are some other good judicial remarks about the role of the Local Authority in care proceedings, and I think these are really important, and it is helpful to have them all set out in one place.

As is required of crown prosecutors in criminal proceedings, local authorities must ensure that the law is properly applied; that relevant evidence is put before the court; and that the obligations of disclosure are complied with. Like crown prosecutors, the local authority must be fair, independent and objective and should always act in the interests of justice and not solely for the purpose of obtaining the order it may seek in public law proceedings. If it be thought that all the local authority requires from the police is material that will assist its case, that would represent a profound misunderstanding of the local authority’s duties to the court.

In the Court process, the Local Authority aren’t able to approach the case simply in terms of ‘winning it’, they have the duty to play fair as well.  I’m sure that this will attract comment, but it has always been my understanding that this is what a Local Authority has to do, and perhaps it was overdue a reminder.

The Judge notes at the outset that there is no cost-neutral way of solving these problems, and if you don’t already know that in such a scenario this cost burden is about to fall on the Local Authority then I wish I had your innocence.

The Court went on to state in the clearest of terms what the local authority’s duties were:

“…Local authorities therefore have a high duty in law, not only on grounds of general fairness but also in the direct interest of a child whose welfare they serve, to be open in the disclosure of all relevant material affecting that child in their possession or power (excluding documents protected on established grounds of public interest immunity) which may be of assistance to the natural parent or parents in rebutting charges against one or both of them of in any way ill-treating the child”.

“In R v Hampshire County Council ex parte K and Another [1990] 1 FLR 330 it was held that a local authority who brought care proceedings has a duty to disclose all relevant information in its possession or power which might assist parents to rebut allegations being made against them, save for that which is protected by public interest immunity…

… In my view it is the responsibility of the local authority actively to consider what documents it has in its possession which are or may be relevant to the issues as they affect the child, its family and any other person who is relevant in regard to an allegation of significant harm, and to the care and upbringing of the child in the context of the welfare checklist issues. The local authority should not content itself with disclosing the documents which support its case but must consider itself under a duty to disclose in the interests of the child and of justice documents which may modify or cast doubt on its case. The particular concern should relate to those documents which actually help the case of an opposing party. If there is any doubt about whether the information is relevant, consideration should be given to notifying the affected parties of the existence of the material. Whilst the temptation to invite costly, intrusive and pointless fishing expeditions should be avoided, there should be a presumption in favour of disclosure of potentially helpful information. If documents are obviously relevant and not protected from disclosure by public interest immunity, then the local authority should initiate disclosure.”

Together with the dicta of Munby J (as he then was) in paragraphs 140-151 of Re L (Care: Assessment: Fair Trial) [2002 EWHC 1379 (Fam), [2002] 2 FLR 730, the principles of fairness embedded in the case law relating to the disclosure of records are directly relevant to the positive duties and responsibilities of local authorities I have outlined in paragraphs 40 and 41 above. There is nothing startling or new about any of this.

Para 45 immediately above is where the bus gets firmly parked in the LA parking space.

There you go – it is the duty of the LA to ensure that the police disclosure is full and complete and that material which assists the parents is included within it.

para 40   It seems to me obvious that a local authority, with the greater resources available to it, will bear the lion’s share of the burden of assisting the court to determine not only its application but also any other pertinent issues in a case. It does so by ensuring that the evidence – from whatever source – is complete and in order and it takes the lead in ensuring that case management directions have been complied with. For a local authority to act in that impartial manner in public law proceedings is to facilitate the court’s quasi inquisitorial role in a process which is fair to all parties

Reading all of those passages, I think it would be a risk for a Local Authority lawyer to assume that police disclosure will be mopped up by Counsel instructed for final hearing. There needs to be an analysis of the disclosure BEFORE that.

The Judge makes a practical proposal for all LA lawyers (and being one, I truly am sorry for ruining your day if you are one too)

(iii) In the event that the police wish to withhold any disclosure from the parties, any application should be made by them not less than two days prior to the case management hearing. The application should set out clearly the reasons why disclosure is being opposed and why a redacted version cannot be provided.

(iv) Upon receipt of a protocol request or an application for disclosure, the police will provide a list or schedule of all the evidence and material they have within their possession that is relevant to the central issues in the Family Court case. This list shall address the following:

a) A short description of the evidence/material;

b) Whether the police agree to disclose that particular piece of evidence or material to the parties; and

c) In the event the police oppose disclosure of a particular piece of evidence or material clear reasons must be provided.

(v) At the case management hearing the police will provide the court with the following:

(a) details of any offences;

(b) whether any suspect(s) have been charged or not;

(c) custody status of any defendants;

(d) what bail conditions are applicable;

(viii) Prior to any fact-finding hearing and/or final hearing the police will confirm which, if any, new evidence has been secured following the case management hearing and provide a further list or schedule addressing the issues set out above.

(ix) If the police object to any new evidence or material being disclosed the police must make a PII application as soon as practicable and, in any event, within seven days of that objection.

(xi) It shall be the responsibility of the police and local authority to ensure that the police evidence is either disclosed to the other parties or that the court has the opportunity to determine any issue as to its relevance and/or PII application, sufficiently in advance of any fixture so as to enable the fact-finding or main hearing to proceed effectively.”

Law geek, local authority care hack, fascinated by words and quirky information; deeply committed to cheesecake and beer.
View all posts by suesspiciousminds »
← Extension of the proceedings for 6 months
Mostyn J gets dissed by Court of Appeal despite not being the Judge in the case being appealed →