We’ve gone on holiday by mistake

The outcome of the President’s case involving parents who were found, with their four children (aged between 20 months and 7 years old) around the border between Turkey and Syria, with the suspicion that they intended to cross the border and join up with the conflict going on in Syria.

I wrote about the initial decision here, in which the President set out a detailed routemap for recovering such children and bringing them back into the jurisdiction

At that time, there were competing explanations

(a) The parents had become radicalised and sought to join the conflict in Syria, potentially with ISIS and thus exposing the children to significant danger

(b) the parents explanation, that they were on holiday in Turkey as a family, with no sinister motives at all.

I note that the family had travelled to this holiday in Turkey by way of ferry from Dover, and then by public transport all the way, and did so without telling anyone.  Perhaps that’s to avoid detection and suspicion (option a) or perhaps the family really like buses or are afraid of flying, and have a strong sense of privacy (option b)

In any event, one would now think in retrospect that holidaying with a baby and 3 young children near the Syrian border was something of a mistake.

The next bit of the hearing is to look at what should happen next.

The outcome of this hearing is that the children are all at home with their parents, under no orders at all, and the children’s passports have been returned.

Now, there’s always been a background residual concern that in the concerns about radicalisation and terrorism that a wholly innocent family could be caught up and subjected to what must be a terrifying process. So if that is what has happened here, that would be hugely newsworthy.

Equally, if option (a) is what actually happened, and the family have subsequently satisfied a Court that they are safe now, that would be hugely newsworthy.

Annoyingly, we can’t be 100% sure of either option. The Court do not set out what findings, if any, were made about the children’s time near the Syrian border in Turkey.  It may be that the Court was not asked by any party to make such a finding, or that the parents made concessions. We just don’t know.

The closest we come is this :-

At a further hearing on 2 June 2015 I directed the appointment of an independent social worker, Ms RT, to address matters which, understandably, the guardian did not feel qualified to address, in particular the question of whether the parents can care adequately for the children and prioritise their needs, having regard to their religious beliefs and in circumstances when their allegiance to those beliefs could compromise the safety of the children. Ms RT’s report is dated 16 August 2015. It is a detailed, impressive and compelling piece of work. Because the family’s identity is in the public domain, I do not propose to go through the report in any detail. It is enough for me to quote one brief passage:

“It is my assessment that the intervention of the state has been a wakeup call for this couple … It is my assessment that their current beliefs do not pose a risk or will compromise the safety of their children … [They] are good parents and they are able to care for all their children. I see no reason whatsoever to remove the children from their care.”

The local authority and the guardian accept that conclusion and the analysis that underpins it. So do I.

It doesn’t feel ideal that we have to infer from one sentence fragment in a judgment  ‘that this has been a wakeup call for these parents’ that the more likely explanation for the children’s presence near the Syrian border was a malign one, not a benign one.

But, one could also read it that the ‘wake-up call’ is that the parents now realised that Syria was a dangerous part of the world and that their holiday to Turkey was ill-advised and they would never make that sort of foolish mistake again. 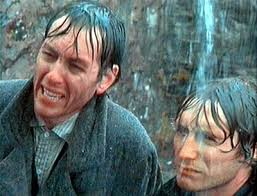 “Are you the farmer?”

Perhaps the people involved in the case know definitelively what happened, but given the importance of such cases nationally, particularly if these parents were exonerated from suspicion, it might have been rather important to actually spell it out.

[It may be that the fudge here is because unusually, the identity of the family is known, and they have to live within their local community, but the ambiguity isn’t helpful if they were actually exonerated and considered by a Court to have actually just taken a really badly located holiday.]