Why Tolkien never made it as a Court reporter

Amidst the jottings, pipes, story fragments, maps, papers and footnotes recovered from J.R.R Tolkien’s study, this, his sole attempt at a law report has been found. It gives a glimpse into why he did not follow that profession further.  He was far better at lore than law   (I’m SO sorry)
Re B (A child) 2013 or “Heroes walk 2000 miles to reach a volcano, and then get a lift home from giant eagles* who could have pitched up much earlier on and saved everyone the bother”

In a hole in the ground there lived an appellant. The appellant had great cause to be vexed, and the burden of this vexation lay heavy upon their brow and their heart. They sought counsel from a wizard, Feehan the Frank, who is sometimes named Mithrandil, and from his apprentice McKenna, who is sometimes named Anna. Together, they embarked upon a Quest, such as was sung of in the days of yore, when dragons were uncracked eggs and the fire had not yet been lit in Mount Doom.

After many perils, and walks across this map

And after these trials, it came to pass, there in the lands of London, where the mists swirled and the streets were busy with trade, that the Council of the Wise, sometimes named the Supreme Court met, to decide what was to be done with adoption.

The Council of the Wise was divided on many things concerned with adoption – some felt that it was a good thing, a weapon to be used to tackle great evil, some feared even the mention of it, and still others felt that it was a thing that would corrupt all who attempted it.

Finally, after, much quarrelsome trouble, loaves of lambas bread and many flagons of warm foaming ale, the Council were able to agree upon this much at least.

“One does not simply walk into adoption”

Lady Hale, daughter of the evening star, she who has so often been the carrier of a Minority judgment, spoke with iron in her voice and fire in her eyes. She reminded all those who saw her of Cate Blanchett **

“it is the statute and the statute alone that the courts have to apply, and that judicial explanation or expansion is at best an imperfect guide”

It is said by the sons of men that Feehan the Frank, had brought this precious document before the Council, and he had presented his case to them, declaiming that the forces of adoption were rallying, as they had done long ago, when the Children of Men were young to this world and the halls of the Dwarven Kings still rang with the sound of gold being mined and metal being forged. Feehan, keeper of Counsel to the Queen, had urged the Council to act, and to act now, and to act decisively.

He gave them a small scroll, on which was inscribed the word “require” – said to have been made by the Parliaments of yore. It was, said the wizard, for the Council of the Wise to decide what was meant by the word “require” on this scroll.

For if they did not, he said, it might be that the Halls of Strasbourg would take their own action and destroy adoption, fearing that it might be used for ill.

Lady Hale, she that would later take up against the Deprivation of the Liberty and do her own blood-soaked battle against the Cheshire of the West, rallied to his cause.

“Nevertheless, it is quite clear that the test for severing the relationship between parent and child is very strict: only in exceptional circumstances and where motivated by overriding requirements pertaining to the child’s welfare, in short, where nothing else will do,” she cried, and she took the ceremonial mace that had been gifted to the Council of the Wise by Lord Denning, son of Benning and cleft in two the Table of the Astute, which had been seized from the goblin halls of Berwick-upon-the-Tweed by the early rangers. The Table cracked and the sound rang out in the grand hall of the Council.

“A Fellowship!” she declared, “A Fellowship must be formed, to take this powerful tool – the word “requires” and to keep it safe and protect it. A Fellowship who will hear our words and take adoption to a place where only Nothing Else Will Do!”

At this critical and dramatic moment, Lord Wilson, son of Milson, grandson of Zilson, took it upon himself to sing a song. It was a grand song, a song that would be much remarked upon in the Shires and would be sung by the Children of Men when dark times later came.
[Editor’s note – the song is recounted here in full, and lasts for nine pages. The most meaningful portion of the lyric is quoted here to give the flavour and indicate that you are not missing out by not seeing the full thing “Adoption, bedoption, it is surely the only option, it is the only thing that is viable, that is not deniable, there is no half-way house, there is no half-way mouse. Lo-Billy-Bonny, Show a brave leg, Lo-Bonny-Billy! Ho! Ho! Rack a grim jinty! Ho! Ho!”]
At the end of the Council meeting, wise soldiers from the Court of Appeal spoke out.

The Roll-Master said “You have my sword”

And the President pledged his bow

And Lady Black,declared that they could have her axe as well.

[They were later joined by StRyder]    (again, I’m SO sorry)

So the Fellowship of Nothing Else Will Do was formed, there in the Holistic Chambers of Bs. The Holistic Chambers of Bs were a formal place and all of the architecture was in perfect proportion, and there were weighing scales in every direction that one could look upon. No linear corridors were there at any point during the magnificent building, making it treacherous and difficult to travel from one place to another in any straight line and instead one reached ones final destination by visiting every other realistic place in the Chambers seemingly at once.

It was said that not even the architects themselves of the Holistic Chambers of Bs would be capable of navigating its passages and hallways without faltering or stumbling, yet others hold that this is a myth and a lie and that the architects would always walk a true path.

[Editors note – Insert many many more songs and inconsequential characters who seem to exist for the twin purposes of being firstly a deus ex machine and secondly to sing the interminable songs. One of them, Chris Grayladill, appears time and time again, singing comedic songs about how his attempts to cut a piece of wood end up with him injuring himself and looking foolish]

Would the Fellowship of Nothing Else Will Do hold? Would the corrupting power of adoption drive a wedge between them? And what of the creature that watched them from afar, muttering “Adoption, my precious…” and occasionally saying his name “Gove-um”? 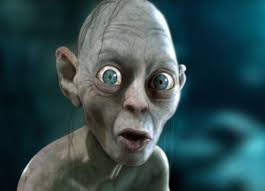 [* seriously, the damn giant eagles turn up at the end of both stories to save the day, with no explanation as to why they didn’t rock up much sooner. If Tolkein had written Apollo 13, bloody eagles would have flown Tom Hanks & Co home from space. Casablanca  – giant eagles come and take Rick to Ilsa.  Murder on the Orient Express – giant eagles did it]
[** Do not confuse the Cate Blanchett in this piece with the Cate Blanchett of other blog posts meaning “free reign” or “unlimited budget”.  And if you are a fan of Cate Blanchett who has come to the site because of a google search, I apologise for wasting your time. In fact, I’ll extend that apology to all of my readers. Sorry!]

The new logo for the Legal Aid Agency

Posted in adoption, stuff that isn't law at all and tagged at least I didn't head it "Jive Tolkien", ongoing cate blanchett references, or "Look whose Tolkien", some really terrible jokes, suppose gollum makes a change from pob, tolkein lore, tolkien law, what's taters precious?, yes in this story Sir james Munby is played by Orlando Bloom. Bookmark the permalink.