RSS Feed
← “As a drunkard uses a lamppost…”
“Friendly McKenzie, writing the words of a sermon that no one will hear” →

Four minute warning [or “last night the plans for a future war, was all I saw, on Channel Four” ]

I realise, as one of the markers of getting old, that a cultural touchstone of my life, the “four minute warning” might well mean nothing at all to younger people, so before I start, I’ll explain what it is.

Back in the days of the Cold War, where we were worried about Russians and nuclear war rather than Al Qaeda and suicide bombers, the Government had an early warning defence system. They would know, from monitoring at Jodrell Bank (a big telescope observatory station) if missiles had been launched, and then the Government would bring into play klaxons, sirens and alarms to let everyone know that we had four minutes before the missiles would strike.

Growing up in the 80s, particularly in a city that was within a five mile radius of several RAF bases, and with left leaning teachers who were all signed up to “Save the Whale” and “CND”,  I spent most of my formative years having these three facts drilled into me :-

(a)   You will need a degree to get a job, even a job stacking shelves, when you leave school, and there won’t be any jobs, thanks to “Mrs Thatch”

(b)   If you have sex with anyone ever, you will almost certainly catch Aids and die

(c)   You won’t know when nuclear war will come, and any day could bring that four minute warning, but it WILL come   [oh, and living where we do, you WILL be vapourised, no mutants and rebuilding society from the ashes for you, you will BE the ashes]

The school further emphasised point (c) by showing us the film “Threads” in which we saw a shopping centre not all that far from us get devastated by a fictitious nuclear war.  That certainly made going shopping at the weekend a much more haunting and terrifying experience. If there’s one thing worse than knowing you could be vapourised any moment, it is that you could spend your last moments alive trying on far too tight shoes in Clarks or looking in bad mirrors in Concept Man trying to work out if burgandy and mustard go together.

What a cheery adolescence that was, alleviated only by “Axel F”,  Gauntlet, Star Wars figures, Nike trainers, New Order,  the Um Bongo advert, Wilma Deering’s lipgloss on “Buck Rogers”  and Frank McAvennie’s blonde perm [these things not necessarily in order of preference].

So, it suddenly struck me the other day, that having lived under the shadow of nuclear war, and the four minute warning, an existential horror so incomprehensibly unfathomable in modern society that the only way I can explain it is to suggest that it made certain sections of the British public think that Sting of all people, was very wise, provocative and deep in his song “I hope the Russians love their children too”

that I hadn’t thought about the four minute warning for years. Does it still exist?

Would we get more time now, as with satellites and better computers we might know earlier that the nukes were being warmed up?  Or would we get less, because technology in rockets has advanced and they would fly quicker?

This, by the way, is the message that would have been read out on all radios and on the BBC.  It is, you will agree, a great comfort.

Here is the cheeky opening which comes right out with the important bad news, just in case you were watching “Telly Addicts” and cursing that it had been interrupted by a party political broadcast. Don’t touch the “hoofer doofer” pops, this is it!

This is the Wartime Broadcasting Service. This country has been attacked with nuclear weapons. Communications have been severely disrupted, and the number of casualties and the extent of the damage are not yet known. We shall bring you further information as soon as possible. Meanwhile, stay tuned to this wavelength, stay calm and stay in your own homes.

Remember there is nothing to be gained by trying to get away. By leaving your homes you could be exposing yourselves to greater danger.

If you leave, you may find yourself without food, without water, without accommodation and without protection. Radioactive fall-out, which follows a nuclear explosion, is many times more dangerous if you are directly exposed to it in the open.

I have to say, I personally find the idea of this warning being more comforting if I imagine it being read out by Hugh Grant’s character from “Four Weddings and a Funeral”   – done with much more beating around the bush and nervous embarrassment at having to say it at all.

“Not quite sure how to say this, and I’m sure it comes as a bit of a shock to you all, it did to me, certainly, and I don’t really know why Mr Cameron asked me of all people to tell you, but the fact of the matter is… gosh, this is awkward. Hard to really know how to start. Is it best, all things being equal to break it gently, or just dive right on in there.

Imagine for me, if you will, the really absolutely worst thing I could be about to tell you. Imagine a bit harder. Are you thinking about mushroom clouds? If not, you’re not quite imagining the right thing… try again. In the words, perhaps of Michael Stipe, while he was still with REM in fact, it’s the end of the world as we know it. Erm, sorry.”

So, the news is, we no longer get a four minute warning. All of the klaxons and sirens have been dismantled (apart from, oddly, the one at Broadmoor). A combination of cost, difficulty of organisation, the realisation that the Electromagnetic Pulse that will accompany the nuclear missiles falling on nearer targets will probably wipe out electronic communication anyway, and oddly, the prevalence of double-glazing meaning that most people wouldn’t now hear the sirens, led to it being put to bed in the mid 1990s.

[Only in England could Safestyle UK  “I say you buy one, you get one free” be the driving force behind ending the public’s right to know that nuclear annihilation was imminent]

Judging from the conversations that we always had in the 80s about what we would do if the four minute warning came, cancelling it did not so much stop people carefully stockpiling water and salt and tinned fruit, as prevent a wave of pimply teenaged boys trying to cop off with any female in sight and “driving a yellow Lamborghini Countach at 160 miles an hour”

I suspect that the reality of the situation would be that if we did get a four minute warning, there would just be utter panic, looting, a complete collapse of the internet and mobile signals as everyone tried to ring their loved ones/tweet something jaded and pithy about the war, and gridlock on the roads as everyone tried to either get home or get the hell out of the city.  [Or even more depressingly, people spending their last minutes watching that last episode of Broadchurch that they Skyplussed, on 16 x speed so they can die knowing who did it]

Just forty truck drivers blocking our supply of petrol for five days achieved much the same thing, so it doesn’t seem unfathomable that we’d get similar if not worse meltdown from a genuine actual crisis.

I suspect, that given that all that seems to be gained from a warning is panic and misery, that the Government wouldn’t actually get Hugh Grant on the television to tell you to stay indoors (using the protective power of your double glazing) and to save your tinned peaches for later.

Which means the only survivors of a nuclear attack on Britain would be pensioners (who are inside anyway, and have loads of tinned fruit), politicians (who get the secret warning and grabbed their expenses forms and headed to their bunker and drew up the Duck drawbridge), the inmates of Broadmoor, and people who were at home watching “Loose Women”.   What a glorious future we will have, when things are rebuilt.  Britain will be great again.

That was all a bit depressing. Who would have thought that nuclear war could be a bit of a downer, all in all?

Here’s a picture of a yellow Lamborghini Countach, to cheer you up. 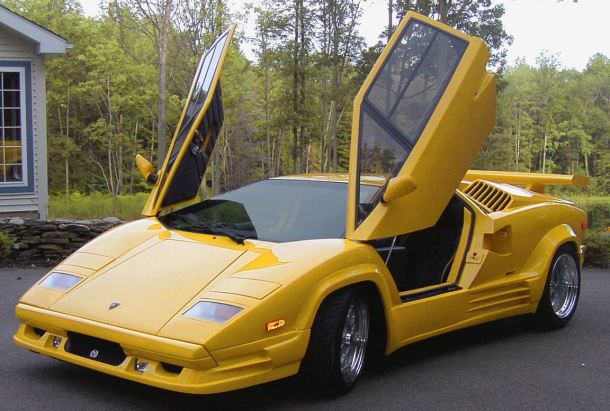 And if you are still feeling a bit blue, here’s Wilma Deering out of Buck Rogers.  If that doesn’t cheer you up, I’m out of suggestions. Perhaps find a clip of loveable TV scamp (and falsely rumoured “he’s an adult with a kidney disorder” ) Gary Coleman asking Willis what he is talking about. 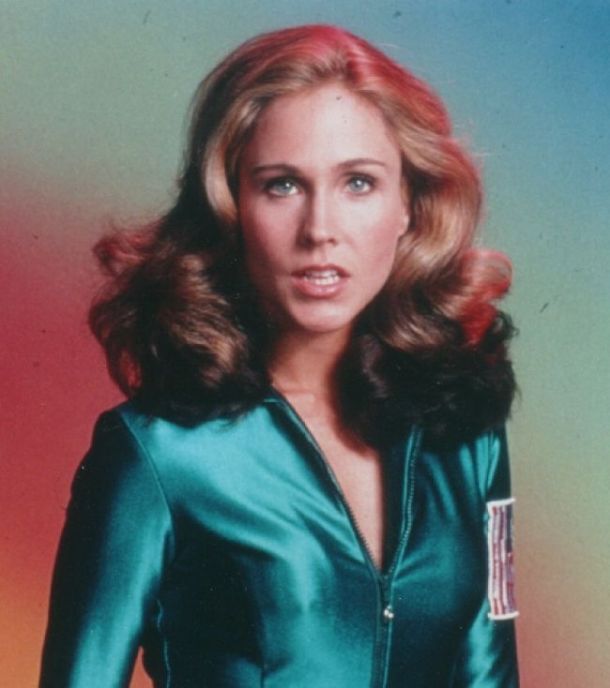 Law geek, local authority care hack, fascinated by words and quirky information; deeply committed to cheesecake and beer.
View all posts by suesspiciousminds »
← “As a drunkard uses a lamppost…”
“Friendly McKenzie, writing the words of a sermon that no one will hear” →