And all through my coffee break time

This is trivial. And that’s coming from someone who wrote a whole piece this week just so he could use a play on words about “kayak”. So yes, I know it is trivial. I do have a piece planned on the President’s Blood on our hands case, but that needs time to percolate, so to speak.

This is about the HMCS new security policy, on a national level, that anyone bringing liquid into Court has to take a sip of it, to demonstrate to security staff that it isn’t acid or some sort of hazardous liquid. That’s been going on for a while with bottled liquid, but it is now being extended.

I’m not sure why the product placement for Costa

Obviously, there are times when tempers run high in Courts, and of course sometimes people are attending Court where there’s a history of domestic violence and such, and one would never ever want a cup of acid to be thrown in such circumstances. And of course, one can only imagine the Daily Mail take if such a thing were to happen in a Court building – handwringing and demanding that heads must roll for not having anticipated it.

So I see where it comes from, particularly in light of the recent lurid headlines about acid attacks (and our own Home Secretary having not the slightest clue about what the actual sentencing provisions are for such offences are whilst playing to the “something must be done” gallery)

On the other hand, a minute application of common sense says that the reason why I and my colleagues and opponents don’t go about disguising acid as coffee and throwing it around at Court is NOT for fear of it being confiscated by Security guards (because hitherto we’d have got away with it) but because we’re not maniacs.

As an individual carrying a cup of coffee, the new scheme just causes a mild inconvenience – just taking a sip a little earlier than you anticipated. Not the end of the world.

This, however, does effectively put paid to the practice of coffee runs – where one person kindly goes to fetch coffees for a few other people. (Whilst the author of the email, who is not me, thinks that only counsel ever do this, of course others do it too. Doing a coffee-run, whilst you wait for the hearing to start, or wait for the windbags who went in first to finish, or for facts and reasons, is actually one of the few nice and civilised parts of attending Court. It seems a shame to lose it. )

If you have fetched four coffees and have to take a sip of each to demonstrate their safety, that’s going to rule out people like me who are happy to buy and fetch coffees for others but can’t drink them (because coffee is disgusting), or indeed anyone who prefers to drink their coffee untouched by the lips of others. It also avoids the prospect of someone saying “Does anyone fancy a coffee?” and you saying “ooh, me please” and then changing your mind as you realise that it is Malcolm Halitosis or Tina Moustache offering to fetch them…

(I would also point out that as a way of preventing “Alcohol” being brought in clandestinely, that asking the person bringing it in to sip it contains something of an exploitable loophole. Rather akin to asking the suspected heroin smuggler at an airport to go into a cubicle and do their own cavity searches)

Also, I’m not convinced that cardboard cups are a dream vehicle for transporting corrosive acid.

Cardboard goods are extremely sensitive to contamination. They must in particular be stowed away from colorants, acids, chemicals and fats/oils and be protected from dust and dirt.

How about polystyrene cups?

In the lab,polystyrene is melted and damaged by nearly every solvent.

I’m going to go out on a limb and say that anyone trying to transport corrosive liquid strong enough to injure a person is going to indeed injure a person with it if they try to do so in a coffee cup. That person will be themselves.

Glass bottles, and plastic bottles, possibly. And most Courts have been doing that at security for a long time, and it makes sense. Nobody is really going to object to that.

So if the coffee-cup sip test isn’t going to prevent alcohol (because the person bringing it is the person sipping it, and they will just stay silent) or corrosive liquids (because you’d detect that by the fact that the person’s shoes will be disintegrating) that only really leaves flammable liquids.

I think a sniff test would probably do the job there.

In the meantime, my loophole suggestion :- use a pen to write a message to the recipient under the lid, and assert your article 8 right to respect for private correspondence. (Suesspicious Mind note – this will not actually work, and will almost certainly make you late for Court whilst you argue Human Rights law with security guards, who will do their best to accidentally bang your shins with the metal detector wand and break the zips on your bag/suitcase every time they see you thereafter. So don’t do that) 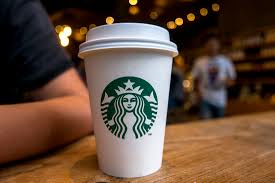 “Oh my God, he’s got a pumpkin macchiato! Save yourselves! Get to cover” *(Not a coffee drinker, so is that even a thing?)

Benjamin Franklin, what do you want to tell us about whether the minute risk to our safety is worth sacrificing our freedoms?

If anyone wants to tell me in the comments section what the daftest thing they know has been confiscated by Court security, I’d love to hear it. I’ve been told this morning of peanut confiscation in case of nut allergy attack, and bike lights in case… you shine at the Judge??? Has anyone been asked to squirt perfume, or to apply spare lippy to make sure that’s really what it is?

Posted in Uncategorized. Bookmark the permalink.

Law geek, local authority care hack, fascinated by words and quirky information; deeply committed to cheesecake and beer.
View all posts by suesspiciousminds »
← You can’t have your kayak and eat it
Ostriching and adverse inferences →