I think during one of the many Writers Guild Strikes in America, the hit TV series Moonlighting, which was built around the ridiculous chemistry between its two leads, David Addison (played by a Bruce Willis so young that he had hair and had never got any shards of glass in his feet) and Madelyn Hayes (a never better Cybil Shepherd), instead ran with a whole season without those two in it, and trying to base the show around two minor cast members Herbert Viola and Agnes DiPesto.

It did not really fly.  In the words of Douglas Adams ‘it hung in the air in the same way that bricks don’t’

It occasionally still makes me wince to think of that dreadful error of thinking.

That portion of Moonlighting, I would be prepared to give a declaration of incompatibility for.

All of which is a sprawling and ramshackle opening to Coulibaly v Coulibaly 2018  (which joyously has a “Rev no 1” in its full title, implying that there’s more to come, yes please!)

As far as one can tell, this case began as a private law dispute with the mother becoming very concerned that the father would abduct the children. It is not clear whether that has any basis (we know he DIDN’T, but not whether it was a rational fear that he MIGHT), or what it was that led to a Local Authority obtaining an interim care order and removing the child.

In any event, the bundles for the Court were delivered via wheelbarrow, if not actual dumper truck.  (And yes, I did hover over google images of Big Trak for this moment… )

Well, if Mrs Coulibaly succeeds in this application and the High Court declare sections 2, 9, 38, 50 and 97 of the Children Act 1989 incompatible with the HRA, there will be champagne corks flying in the household of Ian from Forced Adoption.  But perhaps let’s not get the ice buckets out just yet.

Let’s be honest, if I was writing up a law report that junked an entire Act and large chunks of another, I’m burying the lede under all that Moonlighting stuff….

Mrs Coulibaly was not represented and her brother Mr Duke spoke on her behalf as a McKenzie Friend.

We shall observe with interest how he develops this wide-ranging submissions.

I think the best argument (and I use best in fairly loose sense) is in relation to section 38 – which is interim care orders. Mr Duke argued that the power to remove a child under s38 is a restriction of the child’s liberty (in that the State in the form of the LA get to decide where the child lives), so unless any of the criteria in Article 5 are made out, that’s incompatible with Article 5

1Everyone has the right to liberty and security of person. No one shall be deprived of his liberty save in the following cases and in accordance with a procedure prescribed by law

(a)the lawful detention of a person after conviction by a competent court;

(b)the lawful arrest or detention of a person for non-compliance with the lawful order of a court or in order to secure the fulfilment of any obligation prescribed by law;

(c)the lawful arrest or detention of a person effected for the purpose of bringing him before the competent legal authority on reasonable suspicion of having committed an offence or when it is reasonably considered necessary to prevent his committing an offence or fleeing after having done so;

(e)the lawful detention of persons for the prevention of the spreading of infectious diseases, of persons of unsound mind, alcoholics or drug addicts or vagrants;

(f)the lawful arrest or detention of a person to prevent his effecting an unauthorised entry into the country or of a person against whom action is being taken with a view to deportation or extradition.

I say, that ‘transfer plan’ is a good idea, I wonder if we could call it by a shorter name and have it be a mandatory requirement before the making of an interim care order. We could call it, oh, I don’t know – a care plan?

If Mr Duke is correct in his argument that the making of an interim care order necessarily infringes a right guaranteed by Article 5, then the argument would apply no less to the making of a “full” care order under section 31 of the Children Act 1989. Frankly, carried to its logical conclusion, the argument and submission of Mr Duke is that every care order, whether an interim order or a full order, that has ever been made since the Children Act 1989 came into force has been contrary to Article 5 of the Convention, and has been unlawful since the Human Rights Act came into force. I admire Mr Duke for his courage and boldness in making that submission, but, at any rate at the level of the High Court, I reject it as being unarguable.

As I’ve suggested above, the article 5 v s38 is very much Mr Duke’s best point.  If you think that this dissection of his best point doesn’t augur well for his less good ones, you are correct.

Surprisingly, Holman J does not grasp the opportunity offered to him by Mr Duke to overturn huge chunks of statute that have been running for thirty odd years.

So the law remains intact.  Well, at least until Coulibaly v Coulibaly Rev no 2, which I’m looking forward to. I shall be immensely disappointed if the Act of Union, Magna Carta and  the Licensing Act 1872 (which makes it a criminal offence to be drunk in a pub) 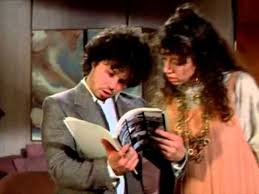 I’m sorry if the raw charisma and chemistry  of Hubert and Agnes has just burned a hole initially through your screen and now through your retinas.